In this first episode we talk with Esther Derby about what a retrospective really is and the role of the facilitator.

Have you ever wondered what a retrospective really is? What’s the role of the facilitator? Is it just to pick an activity… time box discussions, move on to the next item… write down the action items and assign it to someone? Well if only retrospective facilitation was that simple… what are things to watch out for? What are things to strive for? In this initial episode we invited Esther Derby to answer some of these questions.

Here are a few highlights from Esther:

I started my career as a programmer, and I wore many hats since then: team lead, testing, dev-manager. Facilitation served me well in all these roles. I started doing Weinberg style technical reviews where a lot of attention was dedicated to ensure it was safe to talk about the code without criticizing the person that wrote the code.

A retrospective is a special meeting for the team to learn and find agency so that they can take risks on their own behalf and make their worklife better. Often people outside the Information Technology and agile space think about art retrospectives where you look at an artist’s body of work or past body of work. That’s what we do when we look at a team work–so people can understand patterns and how their action affect outcomes and how collaborate so they can make changes and better product. It’s about continuous improvement with agency rests in the team.

Often groups converge prematurely producing habitual or not very deep thinking… just comfortable thinking that do not get to the real problem. This is an issue particularly in cultures that value deciciveness and speed. Part of the facilitation is to slow the group so they can diverge and develop insights and make decisions.

Some of the signs a retrospective is not working are:

Without a retrospective a team might not be able to develop a sense of agency. A sense of agency is a term that come from psicology and means “I can act on my own behalf”. I see a lot of workplaces where people are tought to be passive and need to ask for permission for so many things that they assume they have to ask for permissions for everything. When teams believe only the system–i.e. a commitee–drives the behaviour that can lead to passivity like “oh we can’t change it, it’s the system” but there are always things we can change to impact the environment and make it more conducive to the work you do. If nothing else you can always change your response.

I worked with a group that couldn’t change the process that was mandated–and only changed–by a certain group. So they changed how they responded to that when something wasn’t working. So the group developed a way to influence the committee that could change things.

In another group the VP would barge in and create more stories in the middle of the sprint. The group could not lock the VP out so they changed how they responded to that and developed a little script. When the VP would come in with more stories everyone would repeat the same sentence: “we understand that’s important to you, what should we take off the sprint in order to accomplish that?”. They would just repeat that. Eventually that changed his behaviour.

An activity to identify what’s in our control is Circles and soup, what we can influence and what’s in the soup. One of the things we can always control is our response.

I use the 5 steps format for 90% of the retrospective I work on because it mirrors a tought process: focus, diverge, converge. It takes advantage of how people think when they think clearly. I’ve been in organizations when retrospectives started as a list of opinions (what did we do well, what shall we do differently), dot voting. That’s not a bad part of a retro but it’s not sufficient. I start where they are and slow things down. I usually ask if there is a focus for this particular week instead of just a laundry list. If they’re deciding what to focus on during the retrospective there is little opportunity to gather objective data. Deciding what to talk about and being hampered cause there is no more time. Objective and subjective data are equally important.

I don’t object to occasionally use retrospective to chill as long as this is not happening is all retrospectives and as long as it’s not a place where people prepare their grocery lists for weekend shopping. That tells me people aren’t finding anything useful in it.

Having an agenda ahead of time and the topic helps people. If I am concerned about safety I’ll spend more time on tackling that and then gently introduce the new format.

Developers can facilitate their team retrospectives. If you’re part of the team and also the facilitator you need to make real clear which hat you’re wearing. I am reluctant in having managers facilitating retrospectives unless it’s a completely safe environment. Having some facilitation training is really important, I like the technology of participation methods that came out of the work of the ICA (Institute for Cultural Affairs) so they tested these facilitation around the world. I prefer that to training that focus on specific tecquiques.

The retro on retrospective only takes a few minutes and it’s a signal that anything can be reflected on including the retrospective.

Depending on the situation I might put more time on one step rather then another.

Some traits important to retrospective facilitation are: staying out of the content, patience–people think at different speeds, empathy.

I don’t have one. The favourite is the one that works with the team I am working with.

Book I am reading

Varies by season and by year, braised beef with wine and lot of polenta and pecorino.

Esther Derby is co-author of Agile Retrospectives: Making Good Teams Great, an expert in organizational dynamics, she teaches workshops and speak to groups and conferences all over the world. 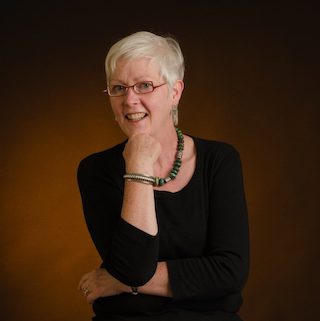