In this episode we talk with Ryan Latta about his journey becoming a retrospective facilitator.

Here are a few highlights from Ryan:

Before my scrum master went to retrospective facilitation training we always had a retrospective with 3 columns–what went well, what didn’t go so well, what we want to change–dot vote and create action item. After the training I saw a more effective format and activity that digged topics deeper then the 3 columns. That’s when I realized there is a lot more to retrospective then what I first tought.

Action items look similar but the journey that got to produce the action item has so much meaning to the team that the team doesn’t really need to know the action item exists. I don’t need to put it on a wall or in a backlog it just naturally happens and gets done.

The hinge points of a retrospective is generating insights. That’s the part where teams create meaning. Far too much of a hurry in getting to an action item. Be intentional about creating time for the team to create meaning about what they do. One action item is better then 3 that nobody will do. I have the group go trough divergent opinions–casting the net very wide–then the act of converging is distilling all that down to the ones we want to invest in.

In my retrospectives I don’t ask for perfect and definitive instead I ask for likely and plausible.

I ask to prioritize to get to a focus for the retrospective. I often ask debriefing questions: “what about this was challenging?”, “what did we miss?” leading in to the final question “what’s the meaning of all this?” and see what they say. If the group agree that’s the insight.

This group I worked with was not working well togheter–I understood there were emotions involved–when we went trough mad/sad/glad but there were F-Bombs dropped people crying. I asked them if everyone was working with good intentions, and the best job they could. So I asked if all this hurt wasn’t because we wanted to hurst one another but rather because things didn’t go well. People agreed. I asked if that’s ok to apologies for the hurt. The group did and after that things started getting better.

Given what I know now I would have paid more attention to what is about to walk in that room talk more to these people before the retrospective.

I prepare for a retrospective because the group deserves that. I spend up to 1 hour to prepare a retrospective that is right for them at that time. I plan not to control it but to be prepared.

Retrospectives must be a safe space. When a facilitator hold power over the team–ie. a manager or a product owner–I reccomand to reflect on hot to begin the retrospective. For example look at Kerth’s prime directive burn it in to their heart and then do a safety check.

When a room is full of individual that feel unsafe I run all the activities anonymously and dig in to what do you think has to change for the safety to change.

I don’t care who facilitates. I think rotating facilitator is often because facilitation is not acknowledged as a skill. If people want to learn facilitation skills it’s fine to have them rotate in.

The team has to give permissions for managers and stakeholders to be present during team retrospective.

What’s a book your reading now?

Tacos with veggies. A really well made steak. Pizza.

Ryan Latta has been building software and teams for nearly 10 years now. He currently works as an agile coach and scrum master with a mission of creating teams that change the world. He has had the pleasure of working in a number of industries including: banking, video game, education, advertising, and automotive. When he isn’t spending time with his family, he is mentoring new developers in starting their careers, playing games, and learning to play the fiddle. 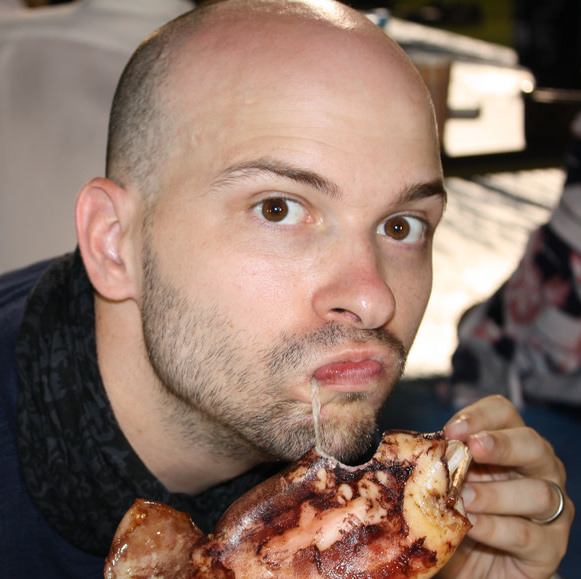